Phoebe Dynevor is an English actress and has been active in the movie industry ever since her early teens. The child actor from the  Waterloo Road TV series has now grown up having an incredible portfolio in Hollywood and a career path ahead of her that everyone would wish for. The breakout star of Netflix's Bridgerton is one of the rising stars originating from the United Kingdom.

Phoebe Dynever has majorly been in TV series and Netflix shows rather than movies though she has started to get a footing in the movie industry. The talented and charming actress started acting at an early age, and her on-screen presence is one of the most memorable parts of her projects. Phoebe is one of the most hardworking up-and-coming actresses, and also a lot of credit to her start in the show biz goes to her family and her parents.

Phoebe Harriet Dynevor was born in Trafford, Greater Manchester County, England, on 17th April of 1995 to a family in the show biz. Phoebe Dynevor's father, Tim Dynevor, is the screenwriter for the British soap opera Emmerdale. On the other hand, Phoebe Dynevor's mother, Sally Dynevor, is also an actress popular for her long-running role in British Soap Opera, Coronation Street, as Sally Webster. Phoebe's grandmother on her father's side, Shirley Dynevor, is also an actress famous for her roles in The Liar, Crown Court, and Rouge Male. 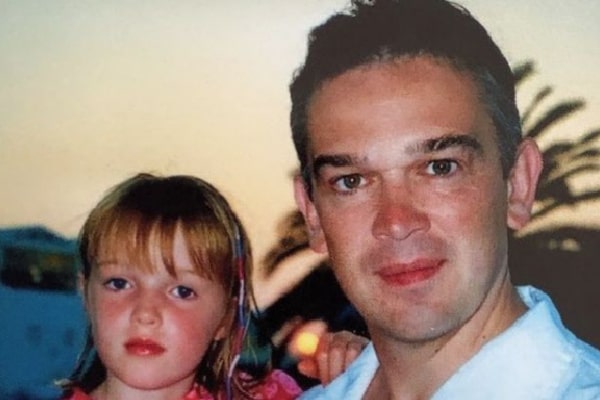 Phoebe Dynevor with her dad during her childhood. Image Source: Phoebe's Instagram.

Phoebe is the oldest child in her family. She is an older sister to brother Samuel Dynevor, born in 1997, and sister Harriet Dynevor, born in 2003. Dynevor went to Oakfield Nursery School in Altrincham, Trafford. Later on, Phoebe attended Cheadle Hulme School in Stockport, Manchester, to complete her A-Levels education. Dynevor got an A and two Bs in her exams for the A-levels whilst working as a child actress during her teens.

At the age of 12 or 13, Phoebe decided to follow her mother's path in life and pursue acting. This decision has turned out to be a great decision for her and her career.

Career And Surge In Fame

In 2009, Phoebe Dynevor's career officially got a start in show biz through the TV school drama series Waterloo Road as Siobhan. She was cast as Phoebe Cormack for an episode in 2011 in Monroe. Similarly, Dynevor mostly got recurring roles or guest roles in TV series such as Prisoners' Wives, The Village, The Musketeers, and Dickensen until 2016.

Phoebe then starred in The Nature of Daylight, a short film in 2016. Subsequently, after her part in the short film, it was announced that the actress would star in a Crackle crime comedy series alongside Rupert Grint and Luke Pasqualino. The lead role in a big TV project and her performance showcased her acting chops and opened the road for some other acting jobs in the future.

As a result, she got to be a part of Younger as a recurring character, but it also gave her the chance to portray the leading role of Daphne Bridgerton in Netflix's Bridgerton. Bridgerton is the largest project Dynevor has been associated with, and it made her known to a larger American and global audience. Phoebe is also set to star in The Colour Room, her first Hollywood feature film. 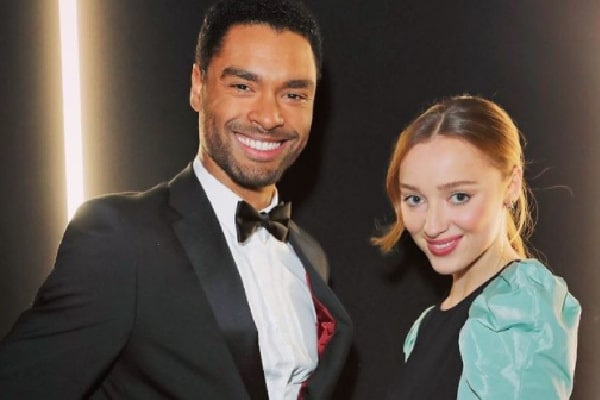 Phoebe Dynevor was nominated at the Satellite Awards for best actress in a television drama series and outstanding performance by an ensemble in a drama series at the Screen Actors Guild Awards. Both her nominations were in 2021 for her starring role in Bridgeton.

The abundance of acting works Phoebe's been a part of is surely likely to gather a good sum towards Phoebe Dynevor's net worth.

Net Worth And Income Since Her Teenage

Phoebe Dynevor's involvement in all the work she did since her initial project would have surely gathered up to be a good sum. According to IHBT, British actors having minor but regular TV shows can earn 25K to 48K GBP, which roughly converts to $34K to 65K a year. With more than five shows as a recurring character, Phoebe must've earned quite a lot during her teen years.

Phoebe Dynevor's net worth would surely gather up to be a lot because of her leading role in Snatch and Bridgeton. Though Netflix or Phoebe herself have not disclosed the actress's wage for the aforementioned shows, it could come close to some of Netflix's other actor's wages. The cast of Netflix's Stranger Things is expected to be around $200K - $250K. Seeing that Bridgerton is not as big of a show as Stranger Things, Phoebe would not earn that figure, but it could be something close to it.

All these projects and their revenue would surely allow Phoebe to enjoy the relationships she has had and can have.

Around 2013, rumors of Simon Merrell being in a relationship with Phoebe Dynevor was around the internet.  It was revealed during an interview that the actress had a boyfriend, and the outlet that interviewed the actress identified the man as Simon Merrell. Around a year later, news of her breaking up with her then-boyfriend Simon was out.

The British actress was rumored to be dating her alleged partner Sean Teale, the Gifted actor, after her breakup with Simon. Though she did not publicly announce her relation with Teale, the vacation pictures with each other they posted on their social media made that announcement for her. Later, Phoebe went to the premiere of Snatch with her rumored boyfriend Sean. The alleged couple stopped posting each other's pictures as of 2017, which could be because of their breakup.

Whether the rumors are true or not is yet to be known, we hope Phoebe Dynevor stays happy with whoever she ends up with.