Satsuki Shimabukuro, notably known by her stage name Meisa Kuroki, is a Japanese actress, model, and singer. The beautiful actress took the Japanese fashion industry by storm with her stunning looks and charming personality. First appeared in a popular Japanese fashion magazine 'JJ' in 2004, Kuroki has showcased her talent in numerous TV dramas, films, commercials, and stage productions.

Meisa Kuroki was born Satsuki Shimabukuro on 28 May 1988, in Nago, Okinawa, as the youngest daughter of her parents. Kuroki grew up with her part-Brazilian father and Okinawa native mother in the north of Okinawa's main island, alongside her three siblings, all sisters. Like most of the stars, Kuroki has not shared any details regarding her parents, but we have found a beautiful picture of her dad in her social media account. 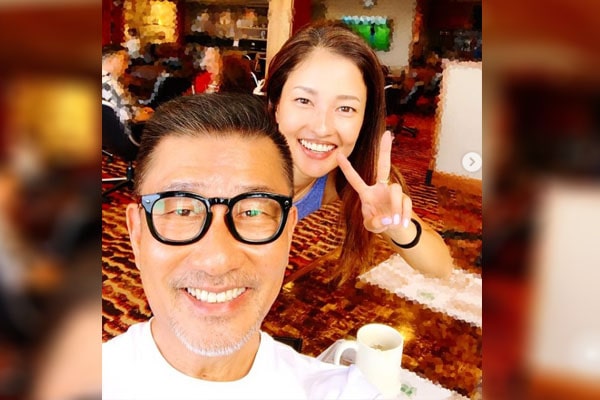 At the age of 10, Kuroki attended a junior high school in Okinawa. While in her second year at the high school, she was discovered by a fashion scout. In 2004, she did her first modeling for the popular fashion magazine JJ. Following her immense passion for acting and dancing, the young model joined Okinawa Actors School and graduated in 2007. Soon after, Kuroki's career began to flourish.

Meisa Kuroki has undoubtedly triumphed in her acting and modeling career. Adding to her achievements, she has also put out several hit songs and albums as a musician. Let's look at Meisa Kuroki's career highlights.

Similarly, Kuroki has also built an illustrious television career. Some of her prominent roles are:

As her latest project Fuhatsudan was released in 2018, Kuroki continues to amaze her fans with her progressive acting skills. But what about her modeling and music career?

Kuroki has also done wonders as a musician. As of 2021, she has released two studio albums, two EPs, seven singles, and twelve music videos. Her studio albums, 'Magazine' and 'Unlocked,' were released in 2011 and 2012 under the label Gr8!. Kuroki has also performed on the soundtrack of the widely acclaimed action film Crows Zero in 2007. Since her debut song, 'Like This,' released in June 2008, Kuroki has also proven herself as a talented singer and musician, gaining respect from her worldwide fans.

Debuting as a teenage model for the famous fashion magazine JJ, Kuroki has released two photobooks, 'Love Meisa' and 'Missmatch,' photographed by Kishin Shinoyama. She did the photoshoot with her best friend and fellow actress, Maki Horikita. She was also a model for UNIQLO.

In 2009, Kuroki was selected as the Japanese face of the global fashion brand Emporio Armani. Furthermore, in 2010, she was chosen as the international face of the French cosmetic brand L'Oréal. Her contemporary and sophisticated flair blended with her raw talent and dazzling looks helped her thrive in her modeling career.

Having achieved success in her career, Kuroki has also been decorated with multiple awards and recognitions in her life. Some of her notable awards are:

Having such prestigious awards to her name, Kuroki has become a renowned public figure in Japan and all around the world.

Meisa Kuroki Net Worth And Earnings

Meisa Kuroki has undoubtedly had a successful career in the past. With over 15 years of hard work, Kuroki might have accumulated a substantial fortune in her career. So, how much is Meisa Kuroki's net worth?

Meisa Kuroki has been a vital part of many blockbuster movies and TV series. She was featured as the lead female character in the acclaimed movie Crows Zero in 2007 and its sequel in 2009. According to Box Office Mojo, Crows Zero generated a worldwide box office collection of $22,036,607. Furthermore, she starred in the third installment of the 'One Missed Call' franchise, which spawned a cumulative worldwide gross collection of $6,669,291 in 2006. Being a significant part of such successful films, Kuroki might have cashed in a hefty amount as her salary and bonuses, which for the most part, adds to her net worth in total.

Meisa Kuroki is also a well-known recording artist and has generated millions from her music sales worldwide. Having signed a lucrative deal with Sony Music Japan, she might have earned millions from the sales of her EPs, singles, and albums.

Kuroki's first studio album, 'Magazine,' sold over 26,858 copies after its release in 2011, followed by the second 'Unlocked,' which sold over 5,862 copies in 2012. Both albums are still available on Amazon with a price tag of $24.91 for Magazine and $34.46 for Unlocked. Having sold thousands of copies, Kuroki has undoubtedly added a significant amount of wealth from her music sales.

Aforementioned, Kuroki is also a brand icon of luxurious brands like Emporio Armani and L'Oréal. Signing a deal with such high-caliber international brands might have profited the model as it would pay her in millions for promoting their brands. Furthermore, Kuroki's photobook is available on eBay for $78.29. Thus, it is safe to say that Meisa Kuroki's net worth is also heavily influenced by her modeling career.

Meisa Kuroki is a private person and has not shared much about her personal life. However, being the wife of a renowned musician, Jin Akanishi, her romantic relationship is not hidden from the public eye.

Jin Akanishi, a Japanese pop singer known as the lead vocalist of the J-pop boy-band KAT-TUN, was pronounced Meisa Kuroki's husband in 2012. Although the two stars were officially married on February 2, they didn't announce the news until February 9 after some reports claimed Kuroki was pregnant. The information about their relationship became pretty popular in the media and made quite a fuss in the Japanese entertainment industry at the time. 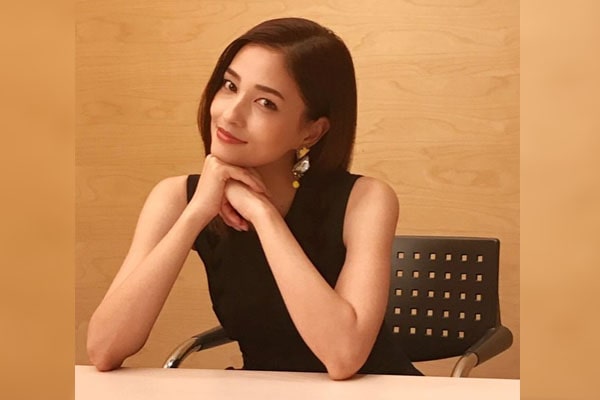 Meisa Kuroki is the mother of two children, one daughter and one son. Photo Source: Meisa's Instagram.

Talking about Meisa Kuroki's children, she is blessed with a daughter and a son from her marital relationship with Akanishi. The couple welcomed their first child, a beautiful daughter named Theia Akanishi, on September 23rd, 2012. After some years, the power couple announced that Kuroki gave birth to a healthy baby boy in 2017. Although their son's name is unknown, we can assume that the family of four is living a happy life. With Meisa Kuroki's husband focusing on his career, the actress herself is devoted to her work nowadays.