Josh Byrne, a Hofstra graduate, has taken professional lacrosse by storm. His brilliant presence of mind in the field, combined with his physical prowess, makes him a formidable opponent. However, at one point, Josh's chances of making it to the professional scene were looking slim.

The PLL star, who has dreamt of playing in the D1 league since sixth grade, had to work hard to earn his place. So today, we will unravel Josh Byrne's biography and discover how he realized his dreams of playing at the highest level of pro lacrosse.

The Canadian lacrosse player was born on April 15, 1994. Josh spent most of his childhood in New Westminster, British Columbia. However, despite his fame in the professional lacrosse scene, little is known about his family background.

Although Byrne occasionally shares images of his family, he has yet to reveal their names. Consequently, Josh Byrne's parents are well hidden from the public eye. Nonetheless, USA Lacrosse Magazine claims that his mother is a native of Trinidad and Tobago while his father is from Canada. Josh also has a brother named, Taylor Jensen.

Byrne Struggled To Get D1 Offers

Josh first picked up a lacrosse stick when he was just three years old. And while growing up watching the likes of Kevin Crowley and Jordan McBride, who made their way to the college ranks, he was inspired to do the same. As such, he made it his dream to play for a D1 lacrosse team.

However, Byrne was not quite aware of how essential academics were for playing in the D1 league. Due to a poor GPA at New Westminster Secondary School, he did not get any D1 offers and was never sought after. Additionally, he had to go through junior colleges. 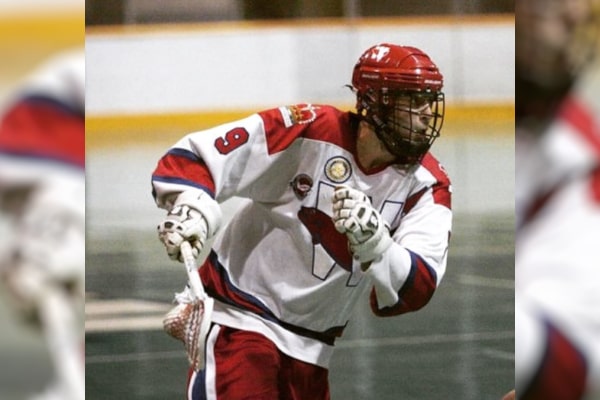 Due to poor academic performance, Josh Byrne had to go through two junior colleges before playing for Hofstra in the D1 league. Photo Source: Josh's Instagram.

Nevertheless, Josh was not the one to give up so easily. Instead, he continuously improved his academic performance and increased his GPA. Fast forward a couple of years, and he was playing college lacrosse at Hofstra University, under coach Seth Tierney.

The British Columbia native transformed into a complete attackman at Hofstra, scoring 111 points in two years. In addition, his insane between-the-leg goal against Georgetown went viral. Consequently, the Buffalo Bandits drafted him as the first overall pick in the 2017 NLL Draft.

Josh Byrne Net Worth And Career

The same year Josh was selected in the NLL, he also started playing for the Chesapeake Bayhawks of the MLL. And with 39 goals and seven assists, the Hofstra graduate was named MLL Rookie of the Year. He simultaneously improved his performance for the Bandits as well.

So far, the 6-foot-3-inch player has spent two seasons with the Bayhawks and three seasons with the Bandits. Since he has been playing lacrosse from his early years, most of Josh Byrne's net worth is composed of his earnings as a pro lacrosse athlete. Although the contract details with these teams were not disclosed, the dark-haired athlete must have been well compensated for his services. 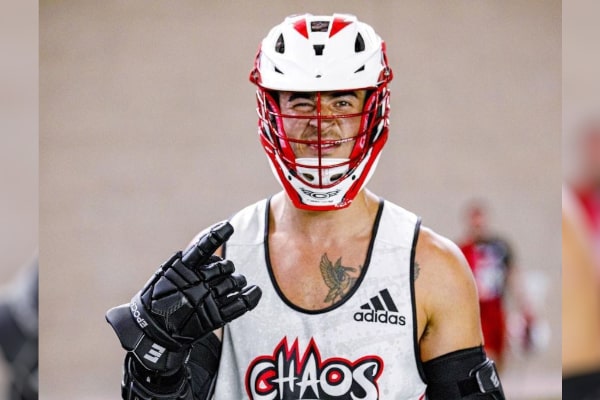 Josh Byrne's net worth is heavily influenced by his earnings as a professional lacrosse player. Photo Source: Josh's Instagram.

According to the New York Post, the MLL offers its players a salary of around $10,000 to $25,000. Concurrently, the NLL pays roughly $15,000. Thus, Byrne, a stellar performer in both leagues, must have earned around the same amount, if not even more. Moreover, he signed a new three-year contract with the Bandits in 2021, which might have contributed to his wealth even more.

Josh entered the PLL in 2019 when he was assigned to the Chaos Lacrosse Club. And after a couple of years, he established himself as a prominent attacker and shooter in the league. With his creative decision-making and judgment on the field, Byrne impressed professionals and fans alike.

The Hofstra graduate led his team to the 2020 PLL finals game but was denied the title by the Whipsnakes LC. However, Josh returned the favor next year by defeating the Whipsnakes in the finals. There, he beat the likes of Kyle Bernlohr, Matthew Dunn, and many more, uplifting the 2021 PLL title.

According to ZipRecruiter, the average annual salary of a PLL athlete is approximately $64,500. Given Byrne's dominance and accomplishments, his paycheck must be in the same range or even more.

Furthermore, he also collects a hefty sum of money through merchandise sales. Some of the clothing products Josh has released, along with their prices, are listed below:

Over the years, the British Columbia native has amassed a considerable fortune through his professional earnings, sponsorships, and apparel sales. And with many more years to come of his success, Josh Byrne's net worth will reach new heights.

Who is Josh Byrne's Girlfriend?

As Josh continues to impress the audience with his brilliant plays on the field, many are curious to know about this dashing athlete's love life. Unfortunately, he remained tight-lipped over the years and did not discuss his intimate connections publicly.

However, eagle-eyed netizens have caught a glimpse of a brewing romance between Josh and Fiona Dargan.

Josh Byrne's girlfriend, Fiona, is a dancer who specializes in Irish dance and Riverdance. The Chaos star has not revealed how he met his sweetheart or how the relationship began between the two. Nevertheless, a picture shared by Josh's lover suggests that the pair might have been dating since 2018. 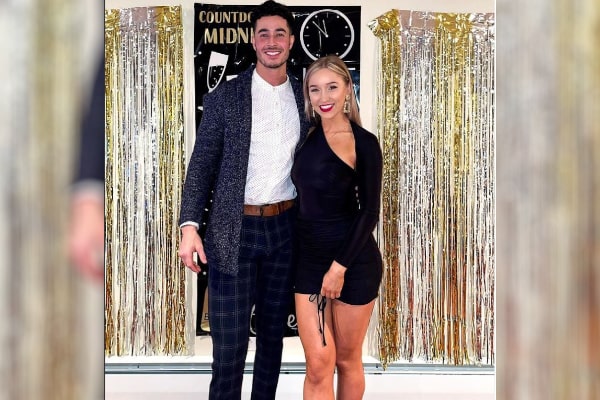 The couple appears to be in a happy relationship as they often share each other's images tagged with short, sweet messages. Moreover, Byrne's partner was spotted cheering for his team in the 2021 PLL finals. So it appears Josh's love life is going strong, and we hope it remains the same.

However, since both Josh and his partner are concentrated on their careers, it might be a while before we hear news about Josh Byrne's marriage. Well, we present our good wishes to the couple as they dance their way to love and romance.