Social media star Estelle Berglin is a multi-skilled freelance videographer who loves to travel. With her impact on social media, she is trying to bring a positive change in people’s perspectives of fitness and health.

The Swedish content creator is a simple girl who opted to take risks in her life, which allowed her to become who she is today. Here is a short biography of fitness trainer Estelle Berglin.

On the 26th of April, 1997, Estelle Berglin was born in Sweden. She spent her childhood in her hometown, Umeå, with her parents and a younger brother. However, the social media star stated that she felt unhappy in her hometown. So, at the young age of 19, she packed her bags and left to live in Barcelona.

Before leaving her hometown, the YouTuber lived with her family. Even after moving away from home, she still shares a close both with her mom, dad, and brother. And after extended periods of separation, the YouTuber gets extremely excited about meeting them. 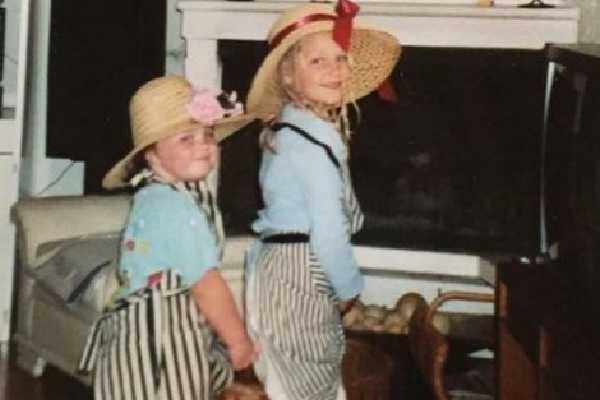 Estelle Berglin is very close to her family and loves to travel with her father, Joakim Berglin. Photo Source: Estelle's Instagram.

Estelle Berglin’s brother William Berglin is a soccer player. He played as the captain of the local youth activity team, Umeå FC Akademi. The football player has appeared in some of the videos on Estelle’s YouTube channel alongside their father, Joakim Berglin.

Although Estelle Berglin’s mother has been a part of the YouTuber’s videos, her name is unknown. However, one can see that the mother-daughter duo loves one another a lot.

After leaving her hometown, Estelle Berglin got a job in Elle Magazine as a videographer. She is self-taught and now does freelancing in multiple areas. The videographer’s freelance work is what lets her travel to many places so freely.

In addition to videography, the fitness fanatic does photography, post-production work, graphic designing, web designing, and online marketing. The multi-skilled star claims she learned her skills through trial and error as well as numerous YouTube tutorials.

Traveling around so much has allowed Estelle Berglin to live her passion. The Instagram star has a separate Instagram account to document her travel diaries sweatravl. In addition, she also posts numerous vlogs of her adventures on her YouTube channel.

The social-media personality has two YouTube channels, Swealife and Estelle Berglin. Her main channel is Swealife, where she posts her travel vlogs, reviews on clothes, workout, and makeup tutorials. According to Social Blade, Berglin makes anywhere between $2.4K to $37.8K per year through this channel.

The other channel, Estelle Berglin, has videos in which she is with her parents and brother. However, since most of the videos on this channel are in Swedish, it does not have as many audiences as her main channel. 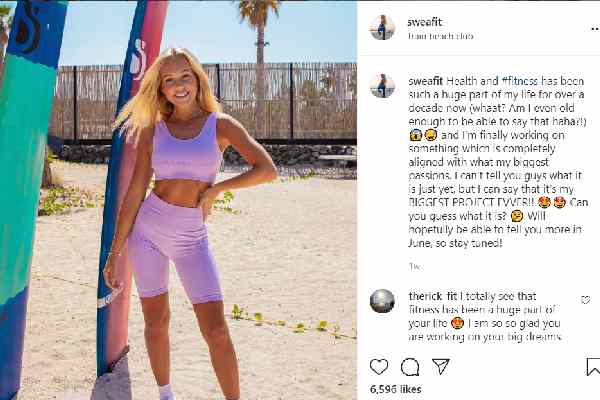 Estelle Berglin is a licensed personal trainer who is also a freelance videographer and a social media personality. Photo Source: Estelle's Instagram.

At a very young age, the fitness enthusiast was introduced to keeping herself healthy and fit. She would accompany her parents to the gym and watch them work out. The experience of watching her parents workout seems to have propelled her to have a fit lifestyle.

Estelle Berglin has an Instagram account where she posts her experience in fitness. The fitness trainer also posts tutorials of exercises and the food she eats to maintain her physique. She does this in a way to encourage people to stay fit to live a healthy life.

Apart from going to the gym, the blonde beauty also takes spinning lessons. The videos she has posted of her spinning show that she is good at it.

Estelle Berglin Net Worth And Earnings

Considering that she does a lot of freelance work and can afford to travel a lot, one can expect Estelle Berglin’s net worth to be of a grand sum.

Moreover, Estelle Berglin has also done some brand endorsements. She has worked with Fashion Nova, Lounge Underwear, Lululemon, and Zaful. The numerous endorsements can certainly help one earn a good sum of money.

Following her success in social media, Estelle is currently working on starting her own company. The details about the company have not yet been revealed, but she stated that it would be open in Dubai. The personal trainer certainly seems to be ecstatic about it, and we cannot wait to hear about it either.

With her popularity growing over time, Estelle Berglin’s net worth is likely to increase in the upcoming days too.

Does Estelle Berglin Have A Boyfriend?

Estelle Berglin started dating English street magician and prankster Julius Dein in August of 2019. The loving couple constantly posts about one another on social media. Undoubtedly, the social media star seems to be very used to the prankster’s antics, and she too pranks him regularly.

Estelle Berglin’s boyfriend loves playing pranks (sometimes magical) on everyone, even her. The magician once pulled a prank on the fitness trainer by switching her regular bikini with a bikini made up of water-soluble fabric. They were on a beach, and after she entered the water, the bikini started to dissolve away. Poor Estelle thought her bikini had come undone and started looking for it. Julius Dein then posted the video on his social media handles, and it went viral.

However, there has also been a lot of speculation regarding the couple’s relationship status. Julius Dein has come under fire for being fake. In addition, the street magician was accused by his ex-girlfriend, Madison Willow, of being verbally abusive towards her during their relationship. However, these rumors seem to have not affected Julius and Estelle's relationship, and the duo is working together through this.

Before finding love with Julius Dein, Estelle Berglin dated a Swedish guy named Anton. Her ex-partner Anton has even appeared in some of her YouTube videos. However, it is not known when and why the two of them broke up.

Estelle Berglin once stated in her Instagram story that she wants to settle down somewhere permanently in the future. She also expressed her desire to be in an incredibly happy mind space and experience her life to its fullest. We wish her all the best to live her life to the fullest.