DMX was one of the most Iconic rappers in America. Image Source: WallPaperUse.

Dark Man Extreme or Dark Man X or its abstraction DMX was an American rap artist, songwriter, and actor. X was one of the biggest rappers during his lifetime who had heart and was reckless with bravery. He never shied away from presenting his fears and the dark secrets through his music. Having his music heard during extreme racism and police brutality against the rapping community was a way for him to express his frustration and wish for a change in the system.

DMX was involved in hip hop, east coast hip hop, gangster rap, and hardcore hip hop during his 30-year long rapping career. DMX's musical career was always associated with his personal life, and all the troubles X was involved in with the law. Despite his ups and downs, DMX is regarded as one of the top-tier rappers in American Hip Hop history.

Earl Simmons came into this world on 18th December of 1970 to young parents. X was the second child of, the 19-year-old mother, Arnett Simmons, and 18-year-old father, Joe Barker. DMX's mother had two stillborn sons who were born after him. Arnett raised DMX's two sisters, Bonita Simmons and Shayla Simmons, and him after their father refused to be a part of their life. DMX's father, Joe, would never visit him or even wish him on his birthday but showed up whenever he required any financial aid.

Due to the frustration of raising her kids by herself in a poverty-stricken neighborhood, DMX's mother used to beat her kids and even struck two of DMX's teeth with a broom once. He would also have bruises and cuts on his face due to his mother's everchanging boyfriends' harshness. 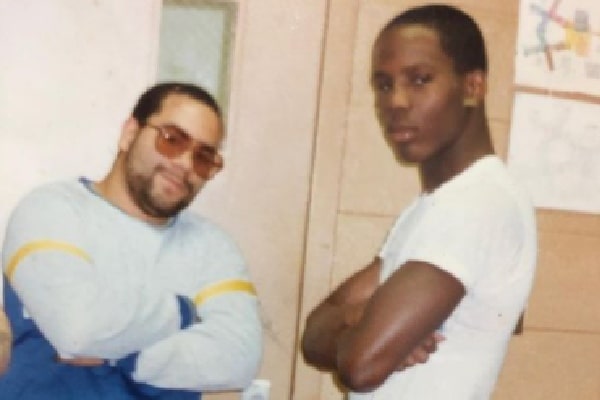 DMX alongside one of his friend during his early 20s. Image Source: DMX's Instagram.

DMX needed to be regularly hospitalized as he had bronchial asthma and would wake up in the middle of the night not breathing properly. X attended different schools, but his unstable family life did not adhere to his education. He went to George Westinghouse, a vocational public high school, along with rappers such as Jay Z, Busta Rhymes, and The Notorious B.I.G. Earl was never a school person or a family man and found comfort alongside street dogs of Yonkers, New York. DMX got in trouble with the police for stealing and robbing people's houses during his teen years.

Earl Simmons started rapping and made many friends at high school after having countless discussions of their love for hip hop. After leaving high school, DMX started rapping with Ready Ron. The pair formed a duo and Simmons came up with the rap name of DMX after an instrument he had used previously.

DMX's love for hip hop and the fact that it gave him his voice and comfort, started him on a path of having a big career.

DMX got his entry into the hip hop industry after he started beatboxing with Ready Ron. Tired of getting caught for petty crimes, X started writing lyrics and rapping more seriously. DMX released his debut single "Born Loser" through Columbia Records. He released Make a Move, his second single in 1994, and appeared alongside Jay-Z, Mic Geronimo, and Ja Rule in Mic's debut album "Time to Build."

After recognizing his talent, DMX released his: "Get at Me Dog" album in 1998 on Def Jam. The gold-certified album opened countless doors for DMX, and he went on to make tons of money with his subsequent albums. DMX's top 5 albums and their performance are mentioned below.

DMX has also appeared in more than 40 movies, including Pimp, The After Party, Beyond the Law, and Last Hours.

All this success, along with him appearing in more than twenty tracks as a featured artist and more than forty tracks as a guest rapper, must've surely generated a large sum towards DMX's net worth, or so one might think.

Despite all the success as a rapper and hit albums, DMX was really bad at handling money. He wasted all his life's earnings and in 2013, the iconic rapper filed for bankruptcy with a listing of less than $50k in assets and $1 million to $10 million in debt.

According to Celebrity Net Worth, DMX's net worth during the time of his death was -$1 million. Most of his financial struggles came up during the last decade of his life. Furthermore, in 2017 he was charged with more than 10 tax fraud counts that got him incarcerated for a year.

DMX met Tashera Simmons when they were kids. The rapper started dating the actress and reality TV star after she turned 18. The couple tied the knot in 1999, ten years into their relationship. X had a great relationship with the reality star, lasting for 25 years and their marriage lasting 15 years.

However, their relationship was not always great as DMX cheated on Tashera countless times. The lack of faith in their relationship and poor judgment by DMX regarding money caused the pair to split up. DMX's wife got divorced from him in 2014, a year after he filed for bankruptcy and went to jail. 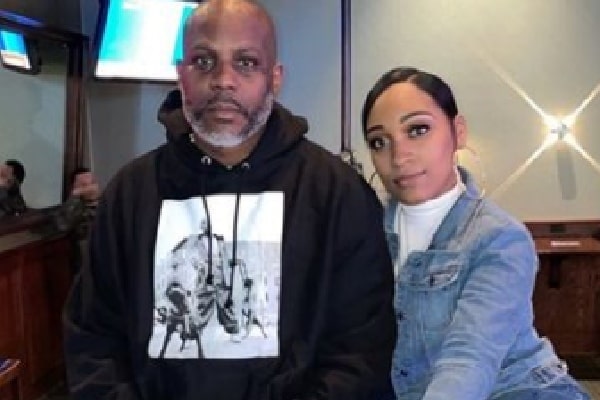 Following this divorce in 2014, DMX made his relation with Desiree Lindstrom more public. DMX had a secret relationship with Desiree even when he was married to his ex-wife. Furthermore, DMX proposed to Desiree for marriage in 2020 during his son's birthday. Sadly, the couple could not get married to each other due to the rapper's untimely demise in April of 2021.

Though he did not disclose how many kids he had, the number of DMX's kids is rumored to be fifteen. DMX had four kids with his ex-wife, Tashera Simmons. Among them, Praise Mary Ella Simmons is his only daughter, and the rest of the three are sons Xavier Simmons, Shawn Simmons, and Tocoma Simmons. Despite his relation with his wife, he loved his kids and shared a great bond with them. 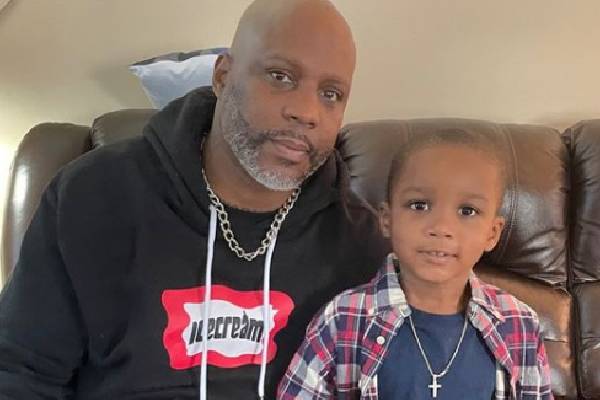 DMX's fiancee, Desiree, had a son, Exodus Simmons, with the rapper in 2017. Despite his comparatively negligent behaviors towards some of his kids, DMX loved Exodus and spent the final years of his life with Exodus and his mother. The remaining ten kids of DMX are fairly unknown to the public as he had them from different relationships. Despite this, we hope all of DMX's kids have a fruitful life.

If you've ever been to a DMX concert or even if you've watched his music videos, you're likely to notice the various tattoos in his body. His love for tattoos started ever since his entry into the hip hop genre. The rapper has tattoos on his chest, arms, neck, and back as well.

DMX's tattoo on his left tricep of a grim reaper walking a pitbull was his first-ever. Likewise, DMX got a tattoo of his son, Exodus's name, in front of his neck. Though the total number of tattoos DMX had has not been confirmed, we can surely say it was a lot.

Death From A Possible Drug Overdose

With one heck of a childhood and a heroic story of his rise into fame and subsequent fall to the ground, the rapper had a life to remember. But unfortunately, Earl Simmons passed away on the 9th April 2021, suffering from a heart attack due to an alleged drug overdose.

After being hospitalized on April 2nd, the rapper passed away, 7 days into his treatment. His kids, wife, fiancee, and well-wishers, along with all his fans, paid him tribute throughout social media. DMX's death brought sadness to the whole hip-hop fandom all over the world.

Following the death of DMX, It is rumored that his friend since high school days, Jay-Z, and his wife, Beyonce, are looking into buying out DMX's entire masters and gifting it to his kids. Whether this is true or not is yet to be known but we hope that the family finds peace in these difficult times.