The sudden death of Hollywood's legendary actress Betty White has been a massive blow for the world. Her acting career of over eight decades featured her starring in numerous movies and television shows. Furthermore, her roles in The Golden Girls, The Golden Palace, Mama's Family, etc., earned her many awards, including five Emmys.

The late actress prioritized her career and never had any biological children. However, she became a stepmother to children from her marriage to Allen Ludden. Moreover, Betty White's stepson, David Ludden, shared a close bond with her from the beginning. As he treated her as his biological parent, he must have been devasted by her unexpected demise on December 31, 2021.

While many are familiar with White, they might not have heard much about her stepson David. So, here we will cover his family background, education, career, net worth, and relationship details.

The media personality was born David Ellsworth Ludden on March 15, 1948, in Hartford, Connecticut. He is the eldest out of three Ludden siblings.

David Ludden's late father, Allen Ludden, was an actor, emcee, and game show host. He fell in love with twice-divorced White after working together on several shows. Furthermore, the pair enjoyed marital bliss for eighteen years before Allen's passing in 1981. 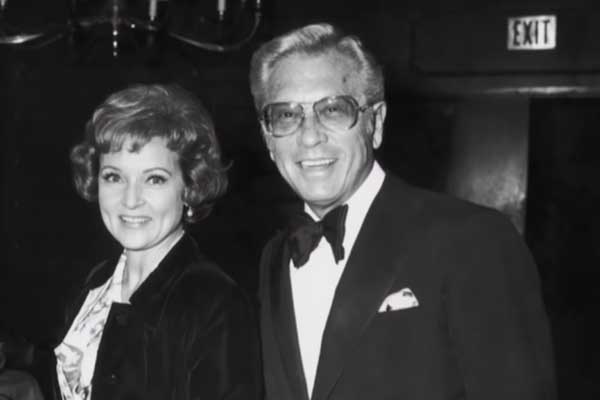 David Ludden's biological mother, Margaret McGloin, died from cancer in 1961. She is buried at Gate of Heaven cemetery in Hawthrone, New York.

Ludden's sister, Martha Ludden, is a law graduate and works for people with disabilities. She had an estranged relationship with Betty from the beginning and never tried to mend their relationship. However, the stepmother-daughter duo might have solved their issues in later years.

David's youngest sibling, Sarah Ludden, began her career as an audiologist and dancer. Later she joined her business partner, Nancy Lanoue, and ran a karate academy.

David Ludden Net Worth And Career

After completing high school, Ludden attended Yale University from 1966 to 1970. Then, he received his B.A. and M.A. degrees in South Asia Regional Studies at the University of Pennsylvania. Finally, he completed a Ph.D. in history in 1978.

Afterward, the Yale alumni began his career as a professor in different universities. He also authored many books and scholarly readings over the years. So, David Ludden's net worth mainly comprises his earnings from his teaching career.

The history graduate first worked as a visiting professor at the University of Virginia in 1979. Afterward, he returned to his alma mater as an assistant professor of history. Moreover, he served in the college from 1981 to 2007, around when he also became chair of the Department of South Asian Regional Studies.

The lecturer directed the South Asia academic programs at Penn, the Social Science Research Council, the Fullbright Senior Scholars programs, etc. He was also a president of the Association for Asian Studies in 2002 - 2003.

Ludden has also written many monographs, long volumes, essays, etc. His books feature South Asian history, Asian globalization, world economy, politics, etc. Some of his works and their prices are tabulated below:

David Ludden must have earned a considerable amount from the book sales. The author is a professor at New York University as of January 2022. He teaches Political Economy and Globalization in the Department of History.

Thus, David Ludden's net worth must be a considerable amount from his teaching career and book sales. Another personality who has earned a fortune from her acting and literary career is actress and cookbook author Silvia Colloca.

Hence, David Ludden's stepmother, Betty White's net worth stood at $75 million. She was undoubtedly one of the highest-earning stars of her generation.

Is David Ludden Married To Anyone?

The historian's late father, Allen and stepmom, Betty, shared a deep connection and enjoyed a happy marriage for nearly two decades. Both were very fond of each other and openly spoke about their love for each other. But what about Betty White's stepson, David? Has he found his other half?

Well, the NYU professor has remained tight-lipped regarding his personal affairs. He tends to stay away from the spotlight, and so does his family.

Nonetheless, according to Prabook, Ludden is married to professor Dina Mahnaz Siddiqi. She teaches at the Faculty of Liberal Studies at New York University.

The same site also mentions that the pair have been married since December 29, 1994. Both likely bonded over their similar career interests. 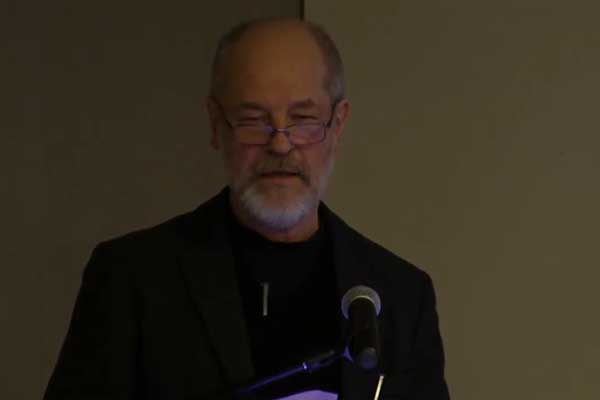 The source mentioned above also suggests the couple has a daughter named Mohona Sara Siddiqi Ludden. However, she also stays away from the spotlight like her parents.

Ludden suffered a terrible loss from his stepmom Betty's sudden passing. The funeral arrangement for the Hollywood legend was private since she did not want any fuss. Fans were encouraged to donate to Betty's favorite charity organizations in her memory.

We pray for David Ludden and his family to overcome this grief in the upcoming days.