Arin Ilejay is a famous drummer who previously worked with the legendary metal band Avenged Sevenfold for four years. Ilejay is a very talented instrumentalist who started out playing at his home and church. Showcasing a variety of different genres has put Arin as one of the most sought drummers in the world with a pedigree for beautiful music.

The musician was an integral part of the A7X but was later fired via a phone call from guitarist and backing vocalist Synyster Gates. Despite being sacked early on in his career, he gathered himself up and was called up by another big band. Now, let's learn how he managed to get past the setback and lead a brilliant career in this biography.

Father Exposed Him To Different Genres

Richard Arin Ilejay was born on February 17, 1988, to American parents Ric Ilejay and Charlotte Tuttle in Ventura, California. Arin Ilejay's father was a session guitarist and exposed him to a lot of genres, while his mother was a gospel singer. Since both his dad and mom are from music backgrounds, he leaned into it early in his career.

Arin Ilejay's mother has American, Dutch, and German ancestry, while his dad is descended from American, Filipino, and Mexican. Likewise, Ric had a music store, where his son started playing drums at nine. Arin also began to learn funk, jazz, rock, and Latin jazz at a very young age. 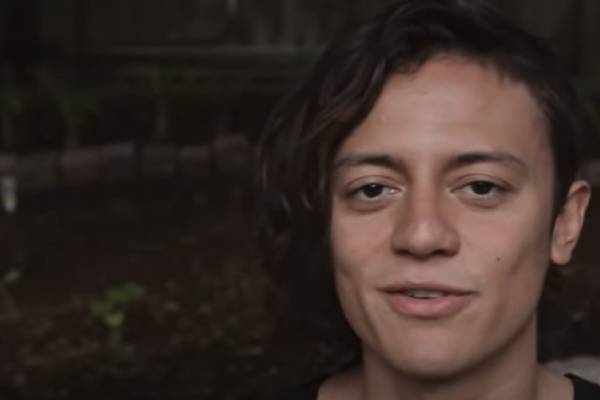 Arin Ilejay's father was a session guitarist and a talented musician on his own. Image Source: Social Media.

With his old man's influence, Arin began listening to music from Van Halen to Nirvana. He also started playing drums in churches around the age of ten and also played in worship services. That's when the young guy learned to perform with other musicians, and it helped his career massively. However, his only formal training was with the musical director Wesley Willis at the Palmdale High School drumline.

Ilejay was homeschooled for most of his childhood and only joined a band when he was in his sophomore year in high school. He joined a jazz band and practiced a lot of music in his early years. Since his dad owned a music store, the latter set him up a little room where he used to practice. He also learned how to play 'Unholy Confessions' by A7X. He joined his first band, Confide, when he was 19 years old.

Arin Ilejay Net Worth And Career

Having started playing when he was just a kid, Arin must have gained a lot of experience over the years. With a career that has spanned decades as of now, one can assume Ilejay must have amassed a considerable amount of wealth. Since he was a member of one of the best bands in metal music for a couple of years, Arin Ilejay's net worth must have increased.

After he joined Confide through mutual friends, Ilejay played drums in the band's debut album, Shout The Truth, which was released in 2008. He spent the rest of the year touring to promote the album. A year later, the metalcore band's label Science Records was eliminated by Warner Bros. Records. With an uncertain future, Arin decided to leave the band.

Arin had a relationship with TRX Cymbals during his time with Confide, and he furthered that relationship by working as an artist for the drum-making company. He became the Artist Relations Manager for the company in February 2009. After a year, Ilejay was approached by Mike Fasano as the pair knew each other while they recorded Confide's first album.

Fasano asked the drummer if he would audition for a band, but since he was quite happy to work for the TRX, he declined the offer. Having not been told which band it was, the musician kept declining. However, when Ilejay was told it was the mega metal band, A7X, he accepted to audition for the role and got the job. He was announced to be touring with the band in January 2011 and was a full-time member in 2013.

Sadly shortly after, Arin was fired from the band, which he could not believe either. He was very surprised and scared when Gates called to fire him. He was terrified by the fact that he was getting sacked at the time when his wife was about to give birth. However, Ilejay turned things around once again and joined the rock band Islander in 2015.

Moreover, Richard had also played the drum for the band Tear The Sails before he worked with Confide and Avenged Sevenfold. He also recorded drum tracks for A7X's several albums and songs such as Not Ready To Die, Carry On, and Hail to the King, among others. He must have earned a lot from that.

According to Comparably, the average income of a drummer in the US is $58,302. The highest salary of a drummer is estimated to be $141,440, while the lowest is $18,720. Ilejay must have accumulated a hefty amount from all these years of drumming. Hence, Arin Ilejay's net worth must be massive.

Married For Almost A Decade

The former A7X drummer is a family guy and has been enjoying a successful marital life with his gorgeous partner Kimberly Andrade Ilejay. Their dating history is still a mystery, and it is unsure when the pair met each other. Still, from what we could gather, Arin Ilejay's wife is a hairdresser in Los Angeles. Also, the duo tied the knot in August 2013.

Mrs. Ilejay attended and trained at a Cosmetology School called Toni & Guy. She assisted at the Dean Anthony Salon in Belmont Shore, California, after her graduation. While working as an assistant, Andrade pursued an education in the assistant program offered by the salon and was able to work behind the chair at Dean Anthony.

Arin has been married to his wife since August 2013. Image Source: Arin Ilejay Instagram.

Arin Ilejay's spouse is now working as a hairstylist at Slate Hair and Design in Oregon. She charges her clients $82 per hour and only uses organic, ammonia-free colors and clean haircare lines. She is not that active on her social media, and most of her pictures can be seen on Arin's account.

Has An Adorable Daughter

In almost a decade of enjoying happy conjugal life, the pair have made their family bigger with the birth of their little girl, Selah Ilejay. It has not been revealed when the drummer's adorable child came into this world, but he often posts pictures of her. Arin Ilejay's daughter must make him and Kimberly very happy. He and his spouse seem like good parents who take care of their little one with pride.

With a satisfying career that included playing drums for many bands, Arin seems to be enjoying his life. Following his departure from Islander in 2017, his fans must be curious to learn about his current band. Sadly, the instrumentalist has yet to disclose whether he is performing for any group. Still, going through his IG posts, we can see his passion for music hasn't lessened. Hopefully, we will see him featuring in a band soon.