Jim Alers is a professional mixed martial artist and bare-knuckle fighter. He previously competed in the Ultimate Fighting Championship. His story isn't all about success, but it also comprises setbacks, hardships, and injuries. There are still many intriguing things to learn about him, which we will cover in the next sections.

So, in this short biography, let's learn more about how an aspiring fighter went on to hold several titles in some of the prestigious fighting promotions. Also, let's take a glance at how Jim is balancing his professional as well as personal life.

The talented sportsman was born in New York on October 14, 1986. His parents, Abby Alers and Luis Alers, welcomed him into this world. Sadly, Jim Alers' father is no more as he left the world in March 2021. After the demise of his old man, he made a lengthy FB post thanking him for everything that he had done. He also mentioned how his late dad was a fighter his whole life.

Moreover, Jim grew up with his siblings Daniel Alers, Luis Alers, and Tiffany Gilbert. He also has another sibling whose name hasn't been revealed yet.

Talking about his academics, the athlete went to Charles W. Flanagan High School. Later he graduated with a degree in elementary education from the University of Central Florida. He started his training in MMA at the age of 19.

What Is Jim Alers Famous For?

As we mentioned above, the NYC native began his fighting career at the age of 19. In 2008, Alers made his professional debut against Brandon Ocasio in Cage Warriors. After a year, he defeated Brent Silva via Rear Naked Choke in 4 minutes and 16 seconds.

The talented personality also holds a brown belt in Brazilian Jiu-Jitsu under Bruno Malfacine. He became the winner of the 2010 Abu Dhabi Pro Trial Black Belt Division. Likewise, the BKFC fighter is famous for defending his Cage Warriors Featherweight Championship two times before moving to UFC. Also, his stint with the latter promotion was quite fruitful.

Now, let's explore more about his career and net worth.

Jim Alers Net Worth And Career

Having participated in several matches since 2008, Jim Alers' net worth must have risen considerably over the years. His earnings include the money he earns through matches, sponsors, merchandise, and prize money.

Well talking about his UFC career, he debuted against Alan Omer on April 11, 2014, at UFC Fight Night 39. His other UFC matches and earnings from them are as follows:

As per The Sports Daily, Jim is the 961st highest-earning UFC fighter with earnings of $101,000, while Conor McGregor remains at the top of the list with $25,302,000. In 2019, Alers switched to Bare Knuckle Fighting Championship and debuted after a few months. In his very first BKFC fight, he knocked out his opponent Elvin Leon Brito in forty-five seconds.

Similarly, he defeated Leonard Garcia and Kaleb Haris in the following matches. The mixed martial artist's only loss in BKFC as of now came against Luis Palomino. Some of his BKFC wins are tabulated below:

The given data clearly shows that he has won against some of the well-heard fighters. Jim currently holds a BKFC record of 4-1-0. As already mentioned, during his UFC fighting days, he cashed notably. Similarly, Jim Alers' salary from his current promotion must also be significant.

Moreover, the former Cage Warriors featherweight champ is the founder and head coach of Alers Martial Arts. The fitness center offers classes for Kickboxing ($99/month) and jiu-jitsu ($125/month), and its unlimited membership is available for $145 a month.

Alers has gained immense fame in his professional career. Likewise, he is handsome, good-looking, and successful. Thus many people are curious about his relationship and personal details. So, who is Jim Alers' wife or girlfriend?

Well, the MMA sportsman is happily married to a beautiful lady, Melisa Ramos Alers. Jim Alers' spouse is a blue belt holder in Brazilian jiu-jitsu, as per her Instagram bio. The duo tied the knot back in July 2012. 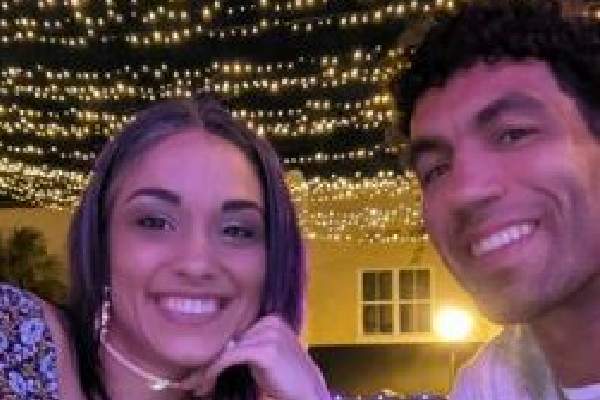 Nonetheless, Jim Alers' partner seems to be supportive of his career. She often posts pictures of him, expressing her affection with sweet captions. Not only that, Melisa also goes to different events to support her hubby. The love and affection the couple share is truly beautiful.

It has been almost a decade since the Alers couple got hitched. Both have been blessed with two children. Jim Alers' son, Anthony Francisco Alers, was born in October 2013. He and his partner then welcomed their daughter, Olivia Alers, in May 2015 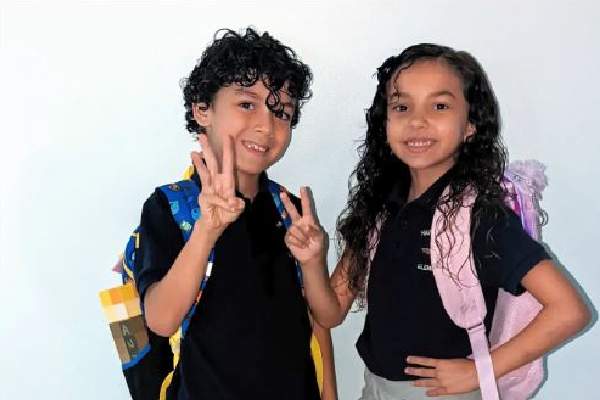 Nevertheless, the duo has been raising their kids with love and care. The Alers siblings must be lucky to have such supporting parents. They must be having a blast growing up together.

Overall, the family of four must be happily living together. Alers has been fighting in Combat Jiu-Jitsu Worlds for a while now, and many must be eager to see him making a comeback in the BKFC ring. Finally, we wish Jim can achieve more fame and fortune in his professional and personal life.