The Cuban-Australian mixed martial artist, bodybuilder, and former Olympic judoka Hector Lombard competes in the Light Heavyweight division of Eagle FC. He has been part of various fighting sports events, such as UFC, and is currently part of BKFC (Bare Knuckle Fighting Championship). He is amongst the best heavyweight fighters in MMA history with 34 victories.

As one of the most notable male fighters in the current BKFC scene, Hector is known by many BKFC fans. But, at the same time, his personal life is doused with mystery. So, let's learn more about Hector Lombard's biography and his personal details, including his love life.

What Is He Famous For?

During the inaugural BKFC Cruiserweight Championship at BKFC 18, Hector made headlines by notching a fourth-round TKO over Joe Riggs. However, soon after the match, while having a post-fight interview, fellow BKFC competitor Lorenzo Hunt interrupted him. That resulted in Lombard punching Hunt in the face twice. The video of the incident went viral at that time.

Besides that, the talented personality is also well known for being the competitor of the Light Heavyweight division of Eagle FC. Similarly, he is a fourth-degree black belt in Judo and represented Cuba in many international judo championships.

Hector Lombard Net Worth And Career

By now, we all know that the Matanzas native has competed in many matches and has earned both victories and losses. Hector started his career in bare-knuckle in 2019, and since then, he has performed excellently in every match. Thus, Hector Lombard's net worth must be immense, considering his exceptional career and wins.

Apart from his fighting career, Hector earns a considerable sum from endorsement deals. He has used his Instagram page to advertise various brands such as Showeather, Champ Wraps, and many more. Undoubtedly, the amount he earns from them must be enormous. However, Hector Lombard's fortune mainly comprises his earnings from the fights.

As mentioned earlier, the former Olympic judoka has won many matches since making his MMA debut. In 2009, he signed an exclusive agreement with Bellator Fighting Championship. Following that, he defeated Jared Hess via doctor stoppage in the fourth round and won the middleweight title.

Lombard has recorded 34 wins and ten losses in his MMA career as of now. Let's take a look at some of Hector Lombard's MMA fight records:

The table above shows that he won many matches while competing in Bellator. According to Tapology, his career earnings disclosed is $396K. Afterward, he moved on to sign with the UFC.

After signing with UFC in 2012, Hector was expected to debut against Brian Stann the same year at UFC on Fox 4. However, Stann was forced out of the match, citing a shoulder injury. Afterward, he competed against Tim Boetsch but lost the fight. Since then, he has faced numerous other opponents.

Speaking of Lombard's deal, as per Bleacher Report, UFC paid him a $400,000 signing bonus and a $300,000 per fight starting purse. According to statistics provided by UFC, Lombard had 46% striking accuracy and 49% takedown accuracy throughout his fight. Given below are the details about some of his UFC fights:

As shown in the table above, he won three matches in the UFC. In total, Lombard fought against 11 fighters and suffered eight losses. Unfortunately, most of his fights did not end up in his favor. Talking about Hector's earnings, from his UFC 199 match, he cashed $53K. Similarly, he earned $300,000 at UFC 171, and his career earnings was estimated to be $1,982,000 by the sportsdaily.

At present, the fighter has moved on to compete in BKFC and Khabib Nurmagomedov's Eagle FC. His income from those promotions must also benefit Hector Lombard's net worth.

Is Hector Lombard In A Relationship?

Hector has gained immense fame in his professional career. Likewise, he is charming, successful, and talented. Thus many people want to know about his relationship and personal details. So, who is Hector Lombard's wife or girlfriend?

Well, the good-looking fighter is happily married to a lady named Nicole Chesaea. Hector Lombard's spouse is an equestrian. As per SunSentinel, the duo met for the first time back in 2001 in Australia. Both walked down the aisle in the mid-2000s. 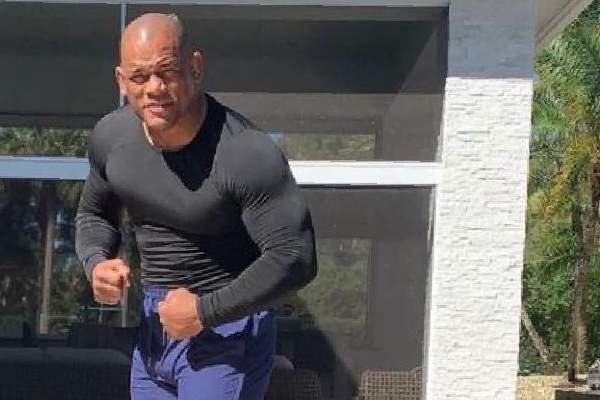 The exact details of the pair's wedding have not been revealed so far, but it seems like the couple is leading a great life. Furthermore, the former UFC fighter is a secretive person and hasn't shared much about his lady. Still, Lombard's partner must be supportive of his career.

The Lombard couple has been married for a long time. Going through Hector's Instagram, we can see he is a proud dad of a little girl. Moreover, she is also involved in Judo. So, the apple doesn't fall far from the tree after all. Sadly, Hector Lombard's daughter's name hasn't been disclosed. 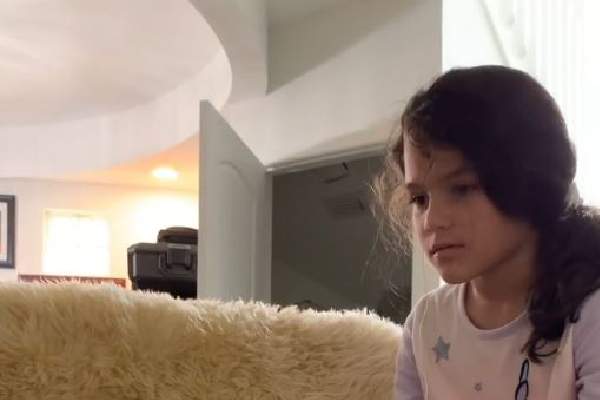 As per SunSentinel article of 2009, Lombard has welcomed a son named Leonardo with his wife. But, his whereabouts remain hidden. Nevertheless, Lombard seems to be a doting father, and Nicole must be a supportive mother as well.

Has Remained Silent About His Early Life

The talented sports personality was born Hector Miguel Lombard Pedrosa in Matanzas, Cuba, on February 2, 1978. The champion hasn't mentioned much about his early life and family background. Nonetheless, Hector Lombard's parents must be supportive and cheer him in his matches. It has not been disclosed if he grew up alongside his siblings or is a single child.

Talking about his academics, he also hasn't disclosed which high school or university he went to.

Overall, Hector seems to be doing well professionally and in his personal life. We hope to see more of his fights in the coming days. We wish the cruiserweight champion abundant happiness and success.