John Turturro Net Worth - How Much Does The Actor Charge For A Movie?

Home Net Worth John Turturro Net Worth - How Much Does The Actor Charge For A Movie?.

John Turturro's net worth is in the multi-millions. Image Source: John Turturro Instagram.

John Turturro is a name that needs no introduction in the Hollywood industry. Born John Michael Turturro, he has gained significant fame and has established himself as one of the renowned actors in movie history. The talented personality is mainly recognized for his portrayal in Barton Fink, for which he won the Best Actor Award at the Cannes Film Festival.

With more than 110 acting and ten writing credits, Turturro's projects have done extremely well at the box office. So, with all his earnings from various ventures, how much is John Turturro's net worth? Let's find out in the article below.

John Turturro Net Worth and Earnings

Turturro was born to Katherine Florence Turturro and Nicholas Turturro. His mama was an amateur jazz singer who had worked in a naval yard during Second World War. Meanwhile, John Turturro's father used to work as a carpenter and construction worker before joining the U.S. Navy. The former was raised in a Roman Catholic household and grew up in the Rosedale neighborhood of Queens.

The talented actor attended the State University of New York, majoring in theatre arts. Then, he obtained his Master of Fine Arts degree from the Yale School of Drama. John first appeared on the screen in the 1980 film Raging Bull, where he had a minor role. Since then, he has appeared in several plays, films, and television shows.

As a result, Turturro must have made a fortune from his career throughout the years. As per Celebrity Net Worth, John Turturro's net worth is $14 million. So now, let's further break down the artist's earning sources and salary from his career in the entertainment industry.

Born in Brooklyn, John began landing many roles in the mid-to-late 80s. In 1986 alone, he appeared in The Color Of Money, Off Beat, Gung Ho, and Hannah and Her Sisters. Later, in the 90s, he acted in Men of Respect, Jungle Fever, Mac, Fearless, Brain Donors, Unstrung Heroes, Box Of Moonlight, The Truce, and many more.

Since then, the Brooklyn native has been cast in numerous movies. Some of his mainstream breakthrough roles were in Spike Lee's Do the Right Thing, Coens' in Miller's Crossing, and Barton Fink. In the table below, let's look at some of John's movies' box-office collections.

The table above shows that John's acted movies have accumulated hundreds of millions of dollars. As per ScreenRant, Robert Pattinson was reportedly paid $3 million for his lead role in The Batman. Thus, being an integral part of the movie, John must have also obtained his fair share. This explains how John Turturro's net worth of $14 million came to be.

As mentioned earlier, Turturro has acted in several movies and television series. He made his television debut in Miami Vice in 1985. Following that, he landed more television roles, including The Fortunate Pilgrim, Biography, Frasier, The Night Of, and so on. The award-winning actor must have earned a significant amount from his television appearances.

Turturro's television career's turning point came when he played the role of Adrian Monk's brother Ambrose in the USA Network series Monk. The series was not only a hit but also helped him win an Emmy award. Some of his recent television series are:

Talking about John Turturro's salary as an actor, the exact amount has not been revealed yet. Still, being part of several hit television series, he must have been paid handsomely. As of 2022, the average pay of a TV Actor in the United States is $85,669 a year. Hence, his income from his television work must be immense.

Apart from being an actor, the talented personality is a well-established writer and producer. He has over ten writing credits, eight directing, and seven producing credits. His directing credit includes Passione, Fading Gigolo, Mac, and Illuminata.

Besides that, he has worked as an editor in Nick The Doorman. Nonetheless, looking at the numerous endeavors of the talented personality, his fortune seems entirely deserving. He also gave a voice to Francesco Bernoulli's role in the video game Cars 2 in 2011. Likewise, he has also performed in several soundtracks, including First Viewing, The Nutcracker: The Untold Story, Passione, Monkeybone, and O Brother, Where Art Thou.

By now, we all know John is one of the most well-known celebrities. As mentioned earlier, John Turturro's fortune is $14 million. Thus, there is no doubt that the multimillionaire lives a lavish lifestyle along with his family. Moreover, the Batman actor enjoys a happily married life with his wife, Katherine Borowitz. Along with his spouse and kids, John currently resides at Park Slope home in New York. 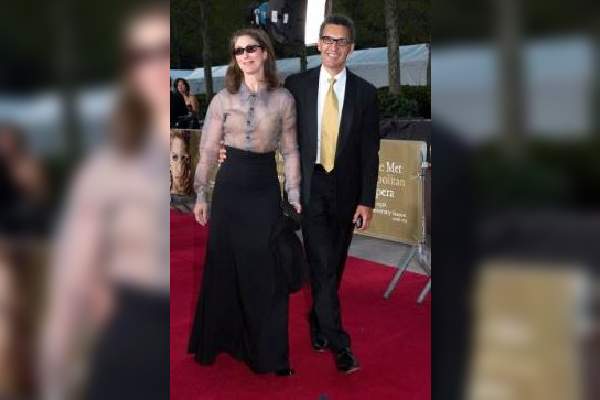 Moreover, the Turturro couple must enjoy a happy and blissful life thanks to his massive wealth. The duo might have a few branded cars and must have made a good insurance policy. Hence, Turturro must pay a sizable amount in tax.

Nevertheless, John is still active in his career and is doing great. So, his riches are likely to ascend in the coming days. Hopefully, John Turturro will continue achieving more success as an actor, producer-director, and writer in the future.